​Stonehouse Manor was built in 1896 by architect Harry Hilton for Charles H. Ingraham of Providence, Rhode Island. Portugese masons came up by boat from Providence to build the unique structure. Ingraham was a retired banker who had spent many summers and some winter months at Popham. Ingraham purchased the original farmhouse and kind from the Irvings and after Stonehouse Manor was built he tore down the Irving Farm House which was, at that time, the oldest home in the region.  Stonehouse Manor, still one of the most unique homes in the area, is situated on a high elevation of land.  The Manor looks out over sloping green fields, a fresh water lake, and a strand of trees to the blue waters of bold ocean from Small Point to the mouth of the Kennebec River, dotted with islands such as Sequin, Pond, Wood and Fox islands.This grand old manor has its lower portion of the house made from fieldstones closely cemented together while the upper portion is of wood.  The third and current owners, the Dennis family, decided to open it up for everyone in the summer of 1996 after having it as their private residence  for several years.  Jane and Tim enjoy their role as innkeepers and host of this impressive estate. 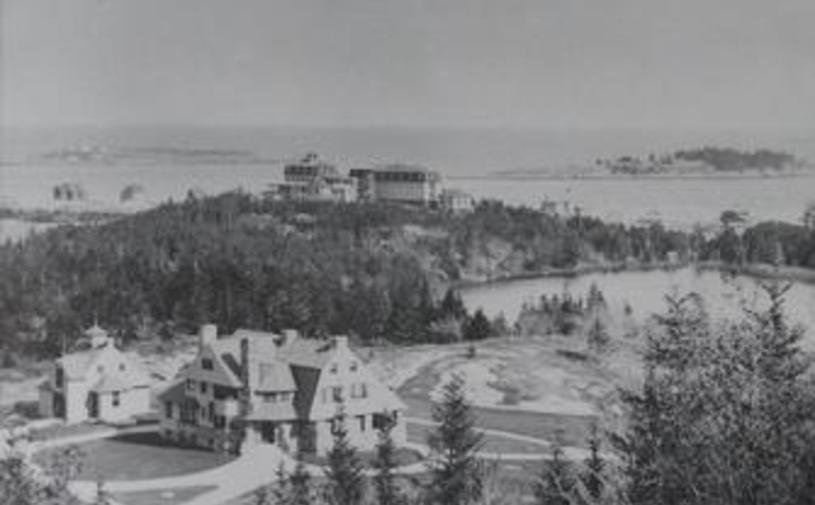